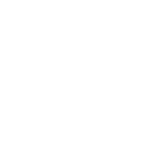 To:  Chair of Governors and Headteachers

I do hope that this Season of Easter has been a prayerful and spiritually uplifting time for you and the school communities that you serve. As we prepare to embark on a new term I offer my prayers and best wishes for the work of your school over the coming months.

I have recently been asked to provide some clarification over the role and responsibilities of the Barberi Newman Academies Trust (BNAT) in relation to Multi Academy Companies (MAC’s) within the Archdioceses of Birmingham and also concerning the appointment of Foundation Directors and Foundation Academy representatives.

Role of the Founder Member in Catholic Academies (BNAT)

For a number of reasons, including accounting and administration reasons, the Diocesan Trustees decided that neither the Archbishop nor the Trustees as a group, nor their corporate trustee should be the member or members of each Catholic Multi Academy Company ("a MAC").  Therefore, the Trustees have set up a separate trust company, limited by guarantee, who in almost all cases will be the sole member of each MAC.  This new charitable company is called the Barberi and Newman Academies Trust ("the BNAT").  It is defined in the Model Academy documents as "the Founder Member".

The Founder Member's role is to hold the MAC's Directors and the Academy Representatives to account.  This relates mainly to corporate matters and in particular that those in control of the MAC (or an academy) are upholding the Object of the MAC.  The Founder Member does not exercise any operational control over the day to day running of a MACbut ultimately it has the power to call the MAC's directors to account for their conduct in carrying out their directors' responsibilities and the Founder Member will be involved if an academy is not performing and/or the Secretary of State is intending to terminate or otherwise take action against the MAC.

Archdiocese of Birmingham: Registered Charity No 234216

The BNAT operates as a company with directors and members and decisions are taken by the BNAT's directors as a body.  No single director of the BNAT can intervene in the affairs of a MAC unless such action is agreed as a resolution of the BNAT's Board of Directors.

Provided the MAC and its academies are performing well and complying with their respective obligations and undertakings, the contact between the Founder Member, the Directors and the Academy Representatives should be minimal (generally limited to AGM's if held) to non-existent.

Role of the Board of Directors of a MAC

Key responsibilities of the Board of Directors of a MAC are:

The Appointment of Foundation Directors and Foundation Academy Representatives

The Diocesan Bishop has the power and authority to appoint Foundation Directors and Foundation Academy Representatives. This power is exercised through his agent, the Director of Education at the Diocesan Education Service.

I am confident that this answers questions that have been raised. Please be assured that the DES is working to support our family of diocesan schools. We are particularly conscious of the need to support and advise schools in these days of significant educational change.

With every good wish.

Archdiocese of Birmingham: Registered Charity No 234216